Finally! Here I am, ready with the long-awaited part two of my post on dietary restrictions in pregnancy. As discussed last time, it can be frustrating to face so many “don’ts” when pregnant, especially when that list doesn’t give any actual indication of what the rationales behind those warnings are. In this series, I’m exploring different foods and beverages that are typically not recommended for pregnant women including the reasons they are considered unsafe or unwise to consume. Part one was concerned with contamination and the increased risks associated with food poisoning in pregnancy. Today, in part two, I’ll be talking about food and drink items that are associated with developmental problems in babies.

What do we mean by the term ‘developmental risk’?

When we talk about risks for babies in terms of development, we are often talking about brain development, but also development of organs, systems (such as the central nervous system or the respiratory system) and the skeleton. The jury is still out on what causes certain developmental problems in babies – such as autism – and others, such as Down’s Syndrome, have more to do with genetics and the age of the parents (typically, the focus has been on maternal age, but recent work has shown that paternal age may play a role too). There are some things found in certain foods, however, that can impact the healthy development of a foetus. This can go in both directions – that is, there are some things that babies need to get from their mothers (and that many people are deficient in) in order to develop properly and there are others that can interrupt or otherwise interfere with development and that should be avoided. Folic acid is a commonly referenced item in the first category, especially because it is so important in the first weeks after conception. If a pregnant woman is deficient in folic acid, her baby has a higher risk of spina bifida, a condition where the spine is improperly formed, leaving the spinal cord and meninges exposed in some areas. This is why all women of childbearing age are encouraged to take a multivitamin that contains folic acid and why all pregnant women should be taking a prenatal vitamin with folic acid as well. Iron, calcium, magnesium and other minerals, vitamins and nutrients are also important. In general, good nutrition supports the healthy development of a foetus, so making sure that you’re eating a balanced diet and taking your prenatal multivitamin is a great start. 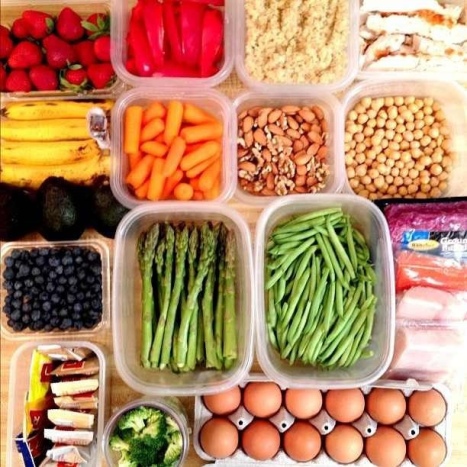 Just as it can be hard to change habits when it comes to food safety and contamination risks, it can be just as hard (maybe even harder) to change habits related to sugar and caffeine consumption. All you can do is your best! Be sure to eat lots of healthy foods and have compassion for yourself when you indulge the occasional craving.